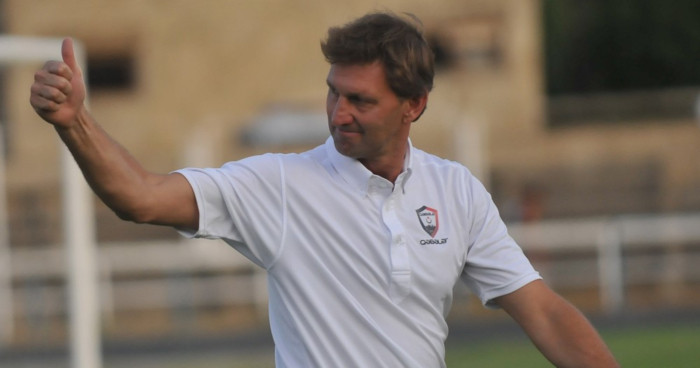 FC Gabala is a young club with humble origins that has undergone major changes in recent years, seeing it become a serious contender in Azerbaijani football and beyond. In the clubs earlier years, a lack of facilities, infrastructure and logistical ‘know-how’ limited its development. That all changed when perhaps the most famous name to be associated with the club first walked through its doors as manager, Tony Adams. A legend of both England and Arsenal, Adams is a titan of the game and quickly set about revamping the club from top-to-bottom. Writing for Football 365, he outlines the challenges facing him, including cows grazing on the pitch and the army conducting live-fire exercises nearby. Today’s modern stadium, high quality training pitches and professional coaching staff, that Adams helped make a reality, he says are the result of an owner in Tale Heydarov who ‘was willing to listen to what I and others told him needed to be done’ and ‘willing to put building a club before building a team’.
MORE DETAILS
Facebook0Tweet0LinkedIn0