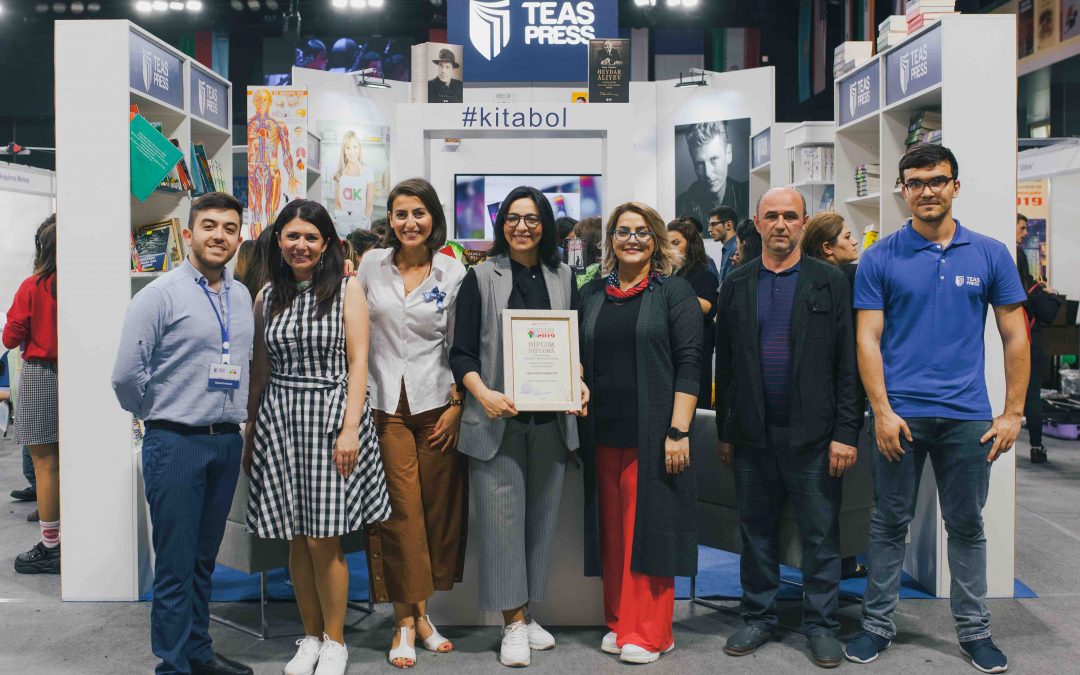 At the end of September, Azerbaijan hosted the 6th Baku International Book Fair, as organised by the Azerbaijani Ministry of Culture. This important annual event, dedicated to the 650th anniversary of the birth of the famous Azerbaijani poet and philosopher Imadeddin Nasimi, was exceptionally well-attended, particularly by many young Azerbaijanis with a thirst for knowledge and both fiction and non-fiction alike.

To this day, when I open a new book, I am transported back to those first reading experiences as a child and the path of learning it opens. Before the invention of the printing press, both in Europe and in the East, books were handwritten and in short supply. In the 15th century, the first printing presses had a profound impact on knowledge exchange and the development of these two very different
civilisations.

The Book of Dede Gorgud, a masterpiece of Azerbaijani folklore, was written before the 10th century. The original copy is kept in Dresden, with another in the Vatican. I am proud that a modern translation revised version of this book was one of the first books published by TEAS Press, our publishing house.

In the East, books have also played a major role in the advent of another important cultural tradition. Despite Islamic custom restricting the use of illuminated letters, the art of Islamic miniatures was incorporated in many handwritten books.

The permanent exhibition at the Institute of Manuscripts, which preserves ancient and medieval books in Azerbaijan, demonstrates this great craft. It is with pleasure and a sense of enormous pride that the works and miniature art related to and inspired by the great Azerbaijani poet Nizami Ganjavi are showcased in The British Library in the United Kingdom.

Publishing today is a global enterprise. Competition forged by modern information technology has transformed it out of all recognition and afforded readers an ever-wider choice of books and written materials.

Accordingly, we have chosen to contribute to this endeavour and established the TEAS Press publishing house. We have also created the ‘3 alma’ Azerbaijani language imprint, focused on children and teenagers, introducing them to the most up-to-date fiction and popular scientific literature.

TEAS Press not only publishes books by local writers, but also translates works by well-known international authors. Even though only three years have passed since its inception, TEAS Press now has close to 800 titles in its catalogue. Furthermore, a chain of Libraff café bookstores has also been established to sell books by both TEAS Press and the world’s leading publishing houses, helping to cement appreciation of literature as a staple part of Azerbaijani social life. All Libraff stores host a wide range of readings and discussion groups.

TEAS Press is actively co-operating with the world’s leading publishers and is successfully representing our country at a number of international book fairs, including those in London, Frankfurt, Istanbul and Bologna. The Baku International Book Fair showcased thousands of books and was attended by 80 Azerbaijani publishers, and 40 from 22 other nations.

It is undeniable that the organisation of such exhibitions greatly contributes to the promotion of books in the country and opens up the scope of literary choices for Azerbaijani readers.

A particularly proud moment for me was TEAS Press being awarded Best Publishing House by the Book Fair organising committee. This was both an appreciation of our efforts and the trust bestowed upon us by the Azerbaijani literature community.

Publishing and books connect people to a wider consciousness, taking them on an educational journey, resulting in a more informed and connected future. Continued investment and championing of this important sector is crucial and will form a central focus and mission of our future activities.